We all know how much the UK Wine Industry has grown in the past few years. One sign of that growth has been the explosion in the number of retailers specialising solely in English and Welsh Wine. These businesses are an important but underappreciated part of the industry, advocating for locally made wines and providing a vital link between winemaker and wine drinker. In this series, I sit down with these retailers to chat about their unique view of the UK Wine Industry.

I recently interviewed Matt Hodgson, the founder of Grape Britannia. Since its start in 2018, the company has grown rapidly and stocks some 200 English and Welsh wines. Based in Cambridge, Matt operates both as an online retailer but also as a shop and bar. He’s also a contributor on this website. I wanted to start by asking him what got him interested in UK wines.

“I hired a wedding venue back in 2006. Back then, English Wine really wasn’t a big thing and I didn’t know much about it. The venue had a vineyard and made its own wine and they offered us some samples. I was a bit sceptical but when I tried the wines I was genuinely really impressed.”

That venue was Chilford Hall, also based in Cambridgeshire, and their wine planted a seed: “It lay in the back of my mind that there was something really special happening on my own doorstep.” More than a decade later, Matt finally decided to take a leap into the wine trade, leaving a career in accountancy and setting up the shop and website.

I wanted to know why Matt decided to focus on English Wine when opening his shop: “I had a desire to promote local. Being the parent of a young child, you think a bit more about your impact on the environment.” He’s got a good point. The transportation of the heavy glass bottles used to package wine contribute a significant chunk of a wine’s carbon footprint. As a result, the carbon footprint of transporting a case of sparkling wine from Sussex is one-third that of a case from Champagne because of the much shorter distance involved.

I also asked Matt what he felt his purpose was as a purely English Wine retailer: “We set out to be evangelists for English and Welsh Wine. One of the things that surprises people is just how diverse the range of UK wines is these days. While supermarkets may stock a few English wines, usually sparkling wines from well-known brands, it’s just scratching the surface”, he explains. “Our thesis is that by offering a broad range you give customers the chance to explore and find something that delights them.”

Matt also points out that having a knowledgeable retailer to separate out the best from the rest can enhance consumers’ perception of English Wine: “You’ve got to be ruthless about ensuring that every wine is fabulous and delicious”, he argues. “If a consumer gets a bad bottle of French wine, they might just shrug their shoulders. But if that’s the first time someone is trying an English wine and it isn’t great, they might decide not to bother again in the future.”

The opportunity to chat to customers is one of the key reasons for opening a shop: “I wanted direct feedback from customers”, he explains. “We’d get samples from producers and I would share them with customers and see what their reactions were.”

Having sold many thousands of English bottles and talked to hundreds of customers, I was interested to know what Matt thought the industry could do better: “I think that sometimes we don’t always get our branding spot on. Consumers are human; we’re drawn to the things that catch our eye. A bit of time and money spent on designing attractive packaging will help get more English wines out of independent retailers and into supermarkets and eventually to export markets.”

Matt also isn’t too keen on the proliferation of Champagne-related terminology that appears on the labels of English Sparkling Wine: “Using terms like Blanc de Blancs or Blanc de Noirs is understandable because of the consumer recognition of those terms but it raises the question in some people’s minds, “why don’t I just get Champagne?” I think the industry as a whole needs to think about how it positions and promotes its strongest products.”

Nonetheless, and perhaps unsurprisingly, Matt sees a bright future ahead for the industry. That enthusiasm is understandable given a run of stellar vintages in recent years. There is little to say about 2018 that hasn’t already been said, but Matt is keen to talk about 2020: “The word on the street is that it was a fantastic vintage for quality.” Although late-May frost reduced yields, “it meant that vines were focussing their energies on fewer grapes so the flavour intensity and sugar levels were unprecedented”, he adds.

“British Sparkling Wine is relatively well known on the wine scene internationally, but I have a hunch that 2020 is the year that is going to get people outside the UK talking more about our still wines.” Of course, we’ll have to wait until later in the year to find out if that prediction is true. But, if English Wine’s track record of beating expectations is anything to go by, he may well be right.

Wiston’s entry-level sparkling wine is a great introduction to English Sparkling. Led by winemaker, Dermot Sugrue, Wiston is quickly becoming one of the most recognisable, mid-sized English wine estates. This equal-parts blend of Chardonnay, Pinot Noir and Pinot Meunier is based on the 2017 vintage and spent 36 months on lees.

The nose strikes a fine balance between fresh lemon and grapefruit and richer berry fruit. There’s a nice amount of toastiness and even a touch of honey lingering in the background.

The palate is quite fresh with some very striking acidity that I’ve found is common in Wiston’s wines.

Matt says: “It’s got a nice bit of red fruit, and a bit of broadness, but it’s actually a really refreshing wine, really moreish. The lees ageing counterbalances that bracing acidity with richness and roundness.”

Chilford Hall planted their first vines (Germanic varieties) back in 1972. Despite the trend in favour of French grapes like Chardonnay, they have persisted with varieties such as Müller-Thurgau. The results are pleasantly surprising.

The nose features a variety of fresh orchard fruit with a touch of peach and some typical English floral aromas. 25% was aged in oak, giving the wine a hint of marzipan richness.

The palate is nicely textured with more peach and pear flavours. Whilst the wine has a good amount of acidity, it is balanced by a slightly creamy sensation.

Matt says: “This is the vineyard I hired for my wedding. They have remained resolute behind their Germanic grapes and some of the vines are 50 years old. Müller-Thurgau can make quite flabby wines in Germany but [the lack of] acidity is not such a problem in the UK. It’s got an interesting use of oak which rounds out the wine. There’s a little bit of creamy richness on the palate.”

Winbirri’s greatest claim to fame was winning the Decanter award for ‘Best Single Varietal White Wine in the World’ back in 2017 for their 2015 Bacchus. But the truth is that Winbirri has long been an exceptional producer of still wine.

The nose features pronounced aromas of juicy strawberries, ripe raspberries, a touch of very fresh blackberry with a hint of forest-floor savouriness. Drinking the wine over two days, it continued to open up.

The palate shows off even more of these youthful, juicy, fruity flavours with a small amount of tannin and balanced acidity.

Matt says: “Winbirri’s red wines are such good value for money. This Pinot Noir is quite luscious. It’s got really soft, supple tannins. We’re still a marginal climate for red wines and not every vintage is going to produce great reds but you’ve got the best odds in East Anglia, where it is driest.” 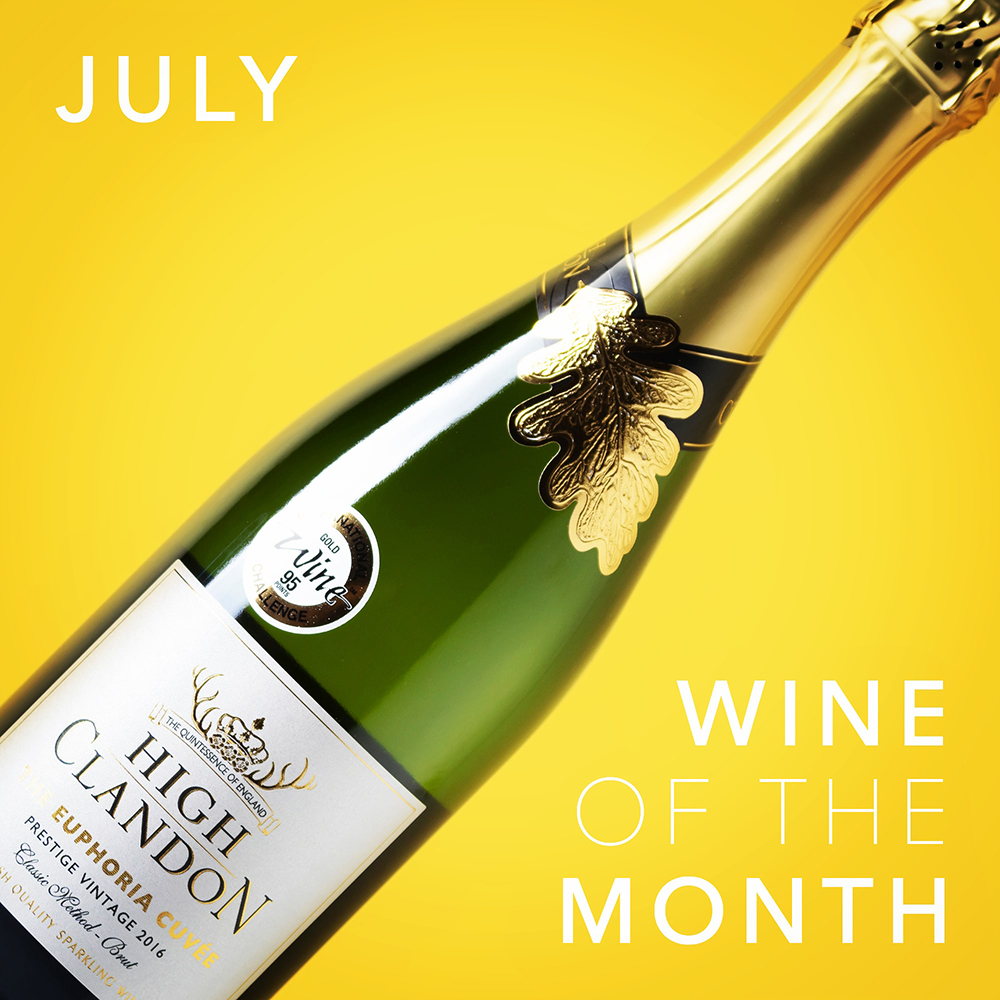 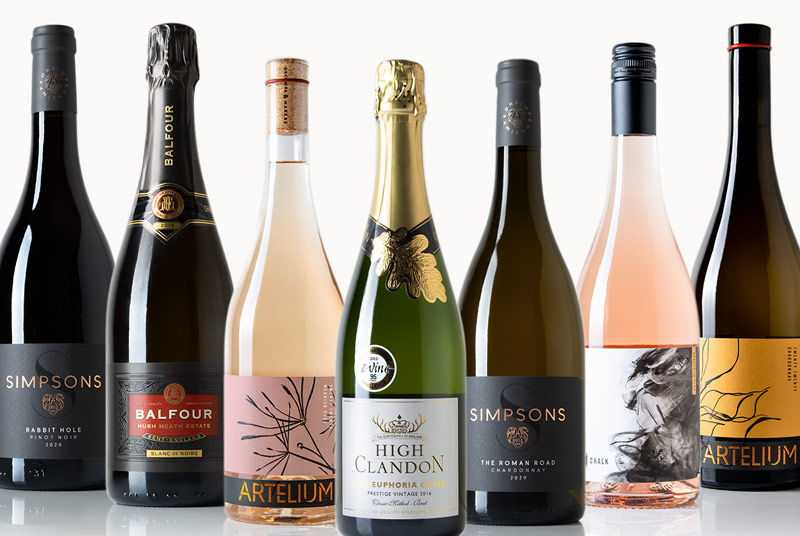