It’s not often that I get to visit the South Coast, so I couldn’t resist a visit to the nearby English Oak Vineyard when a weekend in Poole was planned. On a gloriously sunny but fresh February morning, the weather could not have been more perfect for this time of year to explore. We were warmly greeted by Andrew Pharoah, who told us that his wife Sarah was out in the vineyard pruning the vines – a laborious but crucial process being carried out by vineyards across the country at this time of year. We began in the converted stables, which are kitted out as meeting or presentation rooms to aptly portray that English Oak is not just a vineyard. but a destination. Kudos to them, because I cannot think of a better spot to hold an off-site conference and then enjoy a glass or two at the bar after a hard day’s work.

Andrew fondly regaled his story of how the idea of a vineyard came about during a visit to their holiday home in Cyprus in 2004, where he and Sarah found themselves drinking a bottle of red from the nearby Nikolettino vineyard at a local taverna. Wanting to take some of the delicious local wine home, they discovered that it was only available from the vineyard, so naturally they went off to seek it out. They took two things back from the vineyard that day – cases upon cases of wine and tired of their careers in IT, more than just a glimmer of enthusiasm that perhaps one day they could open their own winery. The major problem they faced was that whilst it would be easy to grow grapes in the Mediterranean, surely it would be impossible to produce quality wine back in England? Or so they thought. Such a common misconception, but it was refreshing to hear from a producer. Once back in Britain, they found over 400 vineyards already in existence and went to see several of our established producers as part of their research. Like many, they were so impressed with the standard that soon there was no going back. Enrolled onto a course in Viticulture at Plumpton College, they began searching for the perfect site. In 2007 they sold their house in Sandbanks and bought a nearby farm, which at the time was used to raise cows and grow turnips. As well as having perfect soil conditions for growing Champagne varietals, the bowl shape of the plot was ideal for retaining sunshine and heat, whilst sheltering the vines from cold winds – a great advantage in our climate. The aim was simple – to turn the farm into a boutique vineyard. Making wines in the Champagne style but with a unique British character, and like Nikolettino back in Cyprus, to concentrate their marketing on the local area to ensure exclusivity and quality of supply. Andrew was proud to tell me that this also helped them to minimise their carbon footprint, helped further by their electrically-powered delivery vehicle. In 2007 they planted the first of 23,000 Chardonnay, Pinot Noir and Pinot Meunier vines and the first harvest came in 2009, with more vines planted that year. Their name English Oak Vineyard, is named after a huge 300 year old oak tree in the middle of the site and each of their wines is also charmingly named after a species of oak: Engelmann, Chinkapin and San Gabriel.

Focus is certainly on quality at English Oak, with their vines yielding between 2.5-4 tonnes per acre, an average of 40 tonnes in all. The excellent weather of 2014 brought the best crop though, of just over 87 tonnes at harvest – a stark contrast to the disastrous wash-out of 2012, which gave them just 7 tonnes and was ultimately undeclared and scrapped. Just as for many British producers, this must have been such a difficult decision, particularly in the infancy of their business. But it is great to hear that the business is thriving despite their setback, particularly on the back of recognition for all of their wines by Decanter last year.

Playing a key part in the process is renowned winemaker, Dermot Sugrue, who takes care of everything between harvesting the grapes and bottling. Dermot is an absolute legend of the English wine world, and I’ve never tried a wine of his that I didn’t enjoy, so I knew we were in for a treat even before the first cork was popped. On the vineyard side, Sarah’s original background in horticulture ensures that he has the finest of produce to work with – a real winning combination. We caught up with Sarah amongst the vines and enjoyed a brief demonstration of the pruning and tying process. It’s clear that a lot of skill goes into nurturing the vines and it was such an education to see a vineyard at this time of year, in its starkest guise. The thing that struck me most about English Oak was just how multi-faceted an innovative the business was – aside from the converted stables already mentioned and of course, the wine, a large marquee takes pride of place under the old oak in summer for weddings. What’s more, later this year they will be offering Segway tours to the more adventurous visitors. I was most excited to hear that 2017 will see the first release of a 100% Pinot Noir “Wainscot” Blanc de Noirs. Andrew was delighted to tell us that the 2014 harvest was the first time he had tasted the juice from his Pinot Noir and thought, “wow, this would make a really great still red!”. But a fantastic limited 1,000-bottle release BdN was the first priority, and I for one am extremely eager to try it once Andrew, Sarah and Dermot decide that it is ready! In a limited release of 1,000 bottles, this Blanc de Blancs from English Oak Vineyard made by Dermot Sugrue oozes quality. Classic in style, the wine is made from 100% Chardonnay grapes taken from the vineyard’s finest aspect.

Incredibly pale in colour, and equally light on the nose, initial impressions are of elegance and finesse. The additional age smooths the edges out beautifully and I’d be tempted to cellar a few of these for several more years.

The palate is equally charmingly delicate and crisp, led by green apple and lemon rind. A fine mousse eases in more classically British country garden style, with some pear and more citrus that helps to keep the palate evolving during its superb length. Just a hint of white pepper finishes everything beautifully. English Oak’s wines all have a signature crisp, refreshing green apple character and I was surprised to find that this also followed through to this delicious rosé. The freshness comes from cold fermentation of the wine – a common trait in Dermot Sugrue’s wines.

In this blend of 51% Chardonnay, 16% Pinot Noir and 33% Pinot Meunier, the apples are joined by cranberry, redcurrant, wild strawberry and raspberry, with all the flavours coming through extremely clear and bright.

As the palate evolves, a slight creaminess breaks through the delicate mousse and balances the tart berry palate nicely. To my palate, this is the jewel in English Oak’s Crown. Aptly elegantly gold in colour, English Oak’s website suggests that competition judges think it is “a very nice wine”, but I don’t think that does it justice. This wine rates highly now, but it’s still young and with another few years in the cellar I think it’s going to be even better.

The palate begins in their signature style with crisp green apple. Cranberry and a hint of wild raspberry creep in from the red grapes in the blend, before the 24 months ageing on the lees takes over. Freshly baked croissant, cream, butter and all things nice!

More apples and lemon cut through the decadence on the finish, which just seems to linger and evolve for such a long time. Fine bubbles offer a great mouthfeel against the slight weight of the Chardonnay. 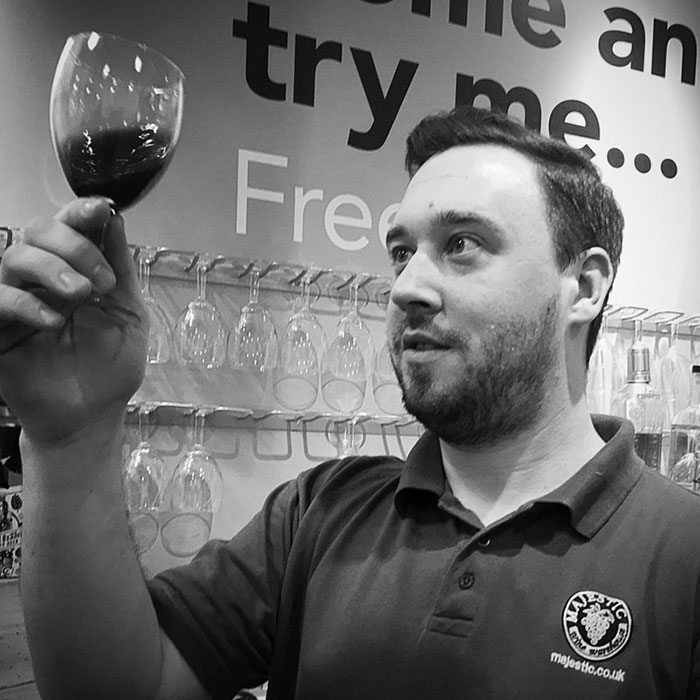