‘Nothing in the world is worth having or worth doing unless it means effort, pain, difficulty…I have never in my life envied a human being who led an easy life. I have envied a great many people who led difficult lives and led them well.’ Theodore Roosevelt, who wrote these words, pre-dated the existence of an English wine industry, but his sentiments should provide solace for all those English (and Welsh) winemakers struggling with the twin terrors of Maytime frosts and the Coronavirus pandemic. Nico Centonze and Natalia Pezzone, husband-and-wife team at Stanlake Park near Twyford in Berkshire, are no exception; an estimated 45% of their crop has been lost to the cruel overnight freezes and 50% of their business has been put on hold. Lockdown has meant the temporary end of the lucrative vineyard and winery tours they have been operating, and the concomitant sales from these visits have obviously come to a halt too. But they still have profitable online sales and their cellar door remains open, with appropriate social distancing measures strictly enforced, of course. And, like emergent green shoots, they have released four new wines, appropriately coinciding with springtime.

It was with these four wines to hand that John Mobbs and I held a Zoom call with Natalia and Nico to talk about their time at Stanlake Park, hear about their hopes (and fears) for the future and, of course, to discuss their new releases. Both Natalia, born and raised in Argentina, and Nico, an Italian, had spent some time together in the U.K. and, after stints in Italy and Romania, they craved a return. Natalia’s background is in teaching and veterinary science (she holds a degree in the subject) but wine is her passion and she soon made the shift to a career in wine education and communication. Nico, a highly qualified winemaker, who has worked in La Rioja in Argentina, Puglia and latterly a boutique winery in Romania, first experienced English viticulture through helping with the 2013 harvest at Nyetimber. They both enjoyed their time here so much that, in 2018, they returned to England looking for wine-related employment. They contacted a number of vineyards but it was Stanlake Park that was the most suitable fit, with the owner looking for more stability and a more consumer-focussed approach.

Stanlake Park is an ancient estate situated 10 miles west of the Thames in fairly flat land topographically, on clay, loam and sandy soils. In 1979, the then owner, Jon Leighton, planted a trial plot of 500 vines on the site (he called it Thames Valley Vineyards) and inherited a number of fine buildings, notably a glorious Restoration-era barn which was converted into a winery. Leighton had a real pioneering spirit and continued to expand the vineyard with predominantly rare, even obscure, grape varieties. In the late 1980s, Leighton hired Australian, John Worontschak, to drive his ambition for a diverse and distinctive portfolio of wines. It was Worontschak’s assistant, Vince Gower, who took over the post of chief winemaker and held that position for several years before Nico took over.

With Nico’s and Natalia’s arrival, the days of experimentation were numbered. Leighton had planted up to 25 varieties of vine, many of which were kept on by Gower. The new owner, Daniel Goss-Custard wanted the pair to focus on a smaller number of varieties and to spend more time on the management of the vineyard. Still, they harvest a relatively large number of Germanic cross varieties, including Seyval Blanc, Schönburger, Siegerrebe, Reichensteiner, Ortega, Bacchus, Optima, Dornfelder and Triomphe D’Alsace, alongside the more traditional Chardonnay, Pinot Noir, Pinot Meunier and, bizarrely, Gewürztraminer. Currently selling eight still wines and three sparkling, they aim to trim this range somewhat. Now bringing an approach that is, in Natalia’s words, “more modern, more international”, they have focussed on producing products that showcase a freshness, drinkability, and England’s trademark acidity; these wines will be sold before they get too long in the tooth.

This new attitude really showed in our tasting of the new wines. Starting with the Bacchus 2018, John and I were immediately struck by the lip-smacking crispness on offer. With a really vibrant aroma of herbs, grass and elderflower, this wine delights with its refreshing palate of nettle, cucumber and salty acidity. Next was the Pinot Noir Rosé 2019 which is similarly refreshing. A delightfully perfumed nose of roses and ripe strawberry leads to an invigorating palate of pink grapefruit, raspberry and lemon plus a really long finish, Nico’s calling card.

Then it was onto the King’s Fumé 2015 which was obviously harvested before Nico arrived but he decided on the final blend. A blend of Chardonnay and Ortega, this wine provides an ideal balance between oaky richness (it was aged in French oak) and acidity, with flavours of mango and passion fruit on the one hand and orange peel on the other. Nico and Natalia said that Ortega behaves very much like Chardonnay in the vineyard (thus making it a suitable pairing) but the Ortega’s ripeness compensates for the leanness of the Chardonnay.

Finally, it was time for the Reserve Red. Made largely from Dornfelder (but with a small contribution from their fruit “bomb”, Triomphe D’Alsace), some of this wine was aged in oak for a few months. It is a multi-vintage wine made from the 2017, 2018 and 2019 vintages and is darker in colour and fuller bodied than many English reds. Showing a clear Italian influence, there are gorgeous dark cherry aromas and flavours with extra notes on the palate of leafy blackcurrant, olive and tobacco.

All four wines featured watercolour designs of different flowers made by an artist friend of Natalia’s, Benedict Butterworth. Butterworth studied art in Paris and is also, appropriately, a wine expert. They make for very attractive and eye-catching labelling, a real departure from the seriousness and austerity of the former labels. Natalia felt that they reflected their light-hearted and fun personalities suitably well.

Nico and Natalia have certainly had a baptism of fire on their English odyssey. They have had to cope with relentless rain during their first harvest (the last half of September and October 2019), the virus and the frosts, so surely only a plague of locusts remains to confound them. Roosevelt may as well have been talking about winemakers when he referred to ‘people who lead difficult lives’. Nico and Natalia have certainly ‘led them well’; they deserve an even break and surely an Edenic future awaits them.

Additional photos with thanks to Stanlake Park 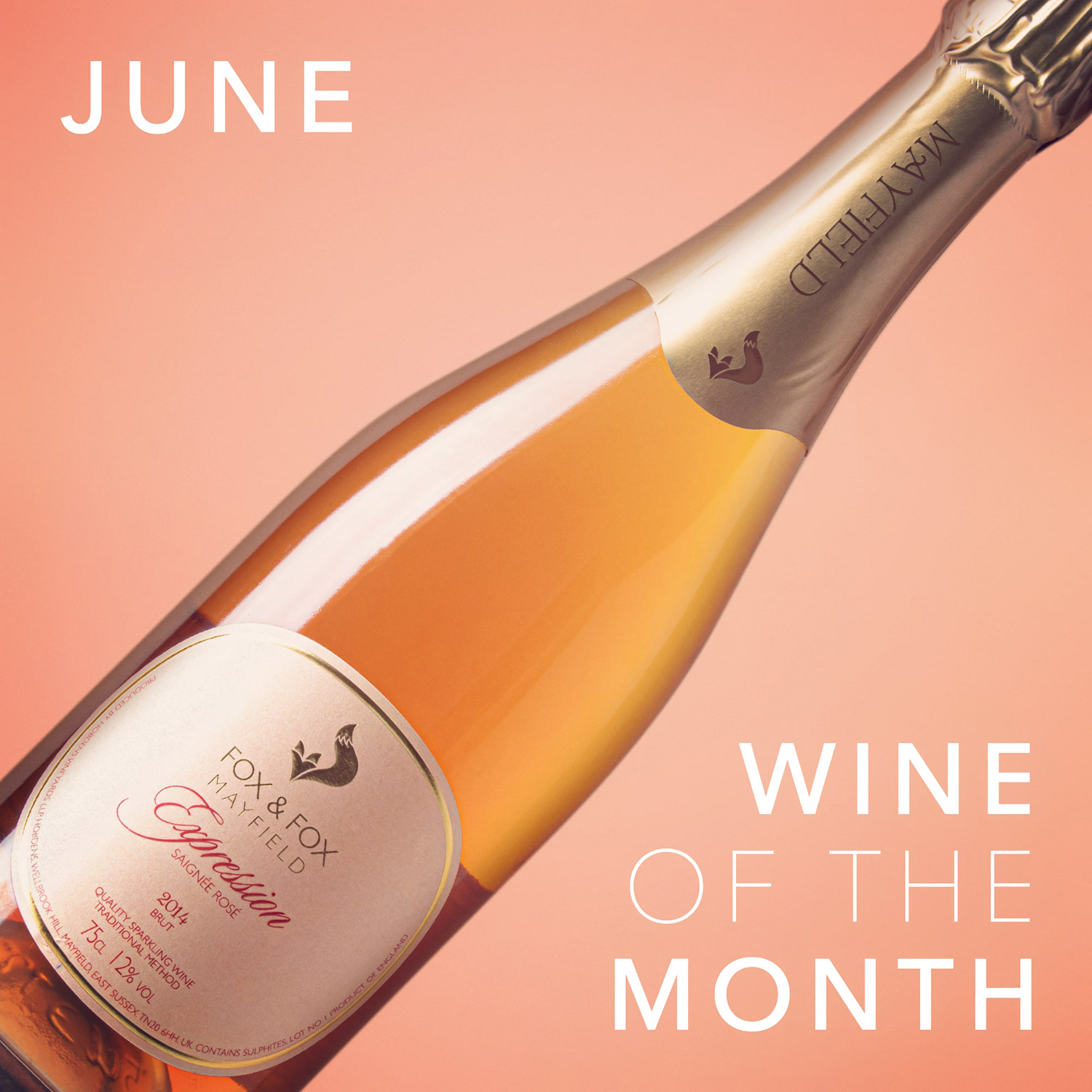 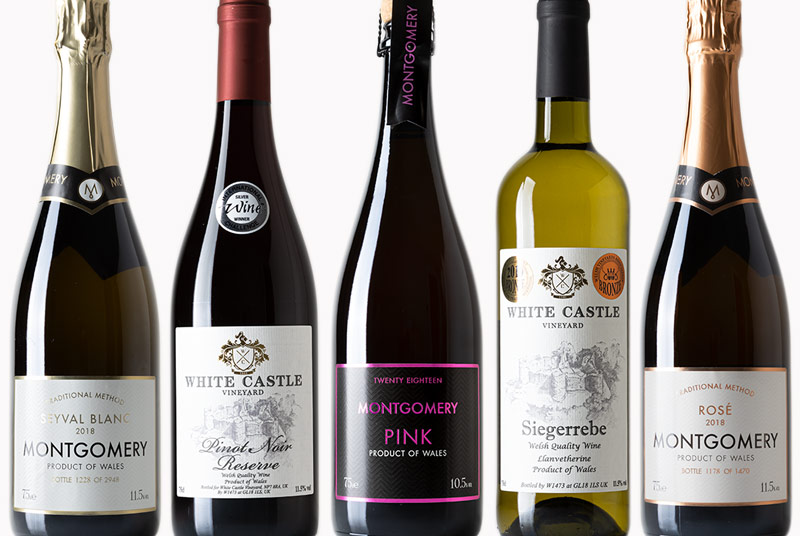