You’d be forgiven for thinking Hambledon have come from nowhere to become one of the biggest contenders to the English Sparkling crown, but in fact the success is owed to almost 20 years of meticulous planning. There’s a bright future at Hambledon thanks to the vision of Ian Kellett.

Ian bought the vineyard in poor condition in 1999. Driven to realise his wine-making dreams and restore Hambledon to its former glory, extensive research and studies at Plumpton ensued. Then the brave, but shrewd decision followed; replanting with classic varieties, the main vineyard first in the Spring of 2005, followed by the East and West vineyards in 2011. Today the total planting stands at 25ha with a sizeable Chardonnay bias at 75%. Pre-dating recent innovations and accolades, there are decades of history at Hambledon. First established in 1952, it is, in fact, the oldest commercial winery in the country. The history is so rich, we could write a whole article filled with insights and fascinating anecdotes. A World War II military officer. Connections to Pol Roger. Supplying the QE2. Locals forming queues longer than Next’s Boxing Day sale. Affiliation with a pub where the rules of cricket were established. The list goes on.

A chance encounter with the charming Bill Carcary gave some special context to the visit. Bill was the winemaker in the 60s and 70s and today lives in a neighbouring cottage. I say chance encounter, but it would appear he’s a regular friendly face, and it’s evident that the team pay as much respect to their heritage as their history-rich tasting room would suggest.

We were in Hambledon back in April at the end of a day where we visited a brilliant trio of Hampshire producers; Hattingley, Raimes and then Hambledon. All three producers assumed an air of concern surrounding the frost risk being widely discussed across the industry that week. The Hambledon team were poised, sleeping with their phones on loud in preparation for an all-hands call. Those calls did come the following week as early morning temperatures dipped as low as -4C. Drums were lit and fingers were crossed.

Conditions were even worse in France; the 2017 vintage will go down as disastrous for Champagne, Burgundy and Bordeaux. Despite some damage, we hear there’s still optimism for the 2017 English vintage. For more information about the April frost risks, read Andrij’s piece on Raimes. I couldn’t wait to see the gravity-fed winery that Hambledon is famous for. The term gravity-fed refers to wineries that use gravity to reduce effort and intervention, usually by spreading production over multiple floors, as is the case at Hambledon. The philosophy is simple in theory, but a big commitment from an architectural standpoint.

It was incredible to see the colossal Coquard presses over two floors. Almost as if the building was constructed around them. Earlier the same day we saw Hattingley’s Coquard with an elevated belt to load the fruit into the top. No need at Hambledon. The top of the Coquard is chest height on the top floor, and the business end is on the first floor below. As with any producer who is serious about high-quality sparkling, Hambledon pays close attention to controlling the pressing and creating distinctive cuts for separate ferments. Fermentation happens in an impressive selection of tanks on the ground floor. I imagine winemaker Felix Gabillet and Ian are spoilt for choice in the blending room, a stage which is incredibly important for Hambledon given all of their offerings are currently multi-vintage. House style is so important here. Whilst many producers and English wine aficionados get frustrated with continual Champagne comparisons, Hambledon welcomes them. The team there are pursuing a Champagne style with clear intent. From the Duval-Leroy consultant, to the malo plus extended lees aging, to the sexy derrière Krug-shaped bottles.

I believe their successful devotion to this Champagne style has helped create a distinctly rich, brash style that is unrivalled in England. Particularly the Premier Cuvée. It rightly places extremely well in blind tastings and picks up more medals than Jamaican sprinters.

One of our biggest takeaways from the visit was the impression that there’s huge ambition at Hambledon. They acquired nearby Meon Hill in 2013, a vineyard planted by Didier Pierson who was the first Champenoise to plant in England (despite what Taittinger may claim). I wouldn't be surprised if we hear about more acquisitions in the coming years. After all, there are planning permissions for a huge chalk cave that will need filling and bold talk of Hambledon being a 1 million bottle powerhouse.

A big thanks to Katrina Smith for arranging the the visit and being such a friendly and knowledgeable host.

Please see below tasting notes for the three wines tasted during the visit. A blend 60% Chardonnay with the remainder qual parts Pinot Noir and Meunier. Predominantly made from the 2013 harvest, the wine spent 20 months on the lees with 6 g/l dosage.

A vivacious, charged fizz with acidity, citrus and bubbles all in abundance. A glass to revitalise the tiredest of palates.

Lees ageing shows in texture and in rich flavour notes that build on the mid palate. Potent and powerful but retaining a sense of purity. Speaks of high quality fruit and careful winery treatment. A deeper coloured rosé that suggests we are in for a decadent and rich treat. Made from a blend of 90% Chardonnay and 10% Pinot Noir, predominantly 2014, with 14 months on the lees and 10 g/l dosage. Blown away by this again. It's brash and loud but it confidently backs it up and a significant step up from the Classic.

There's so much depth with almond pastry autolytic punch, so expansive and persistent. It keeps building whilst always keeping a sense of togetherness.

I don't believe many English sparklers are underpriced, but I think this is worth a fair bit more than £40. 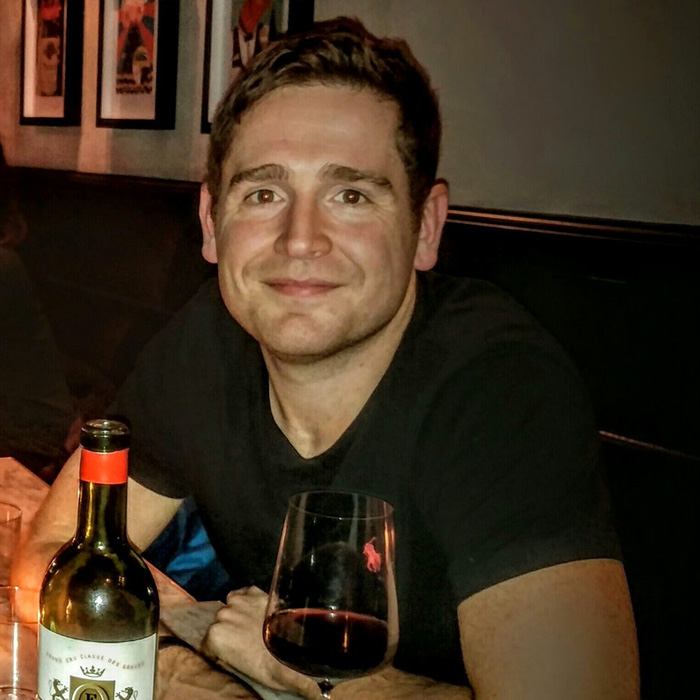