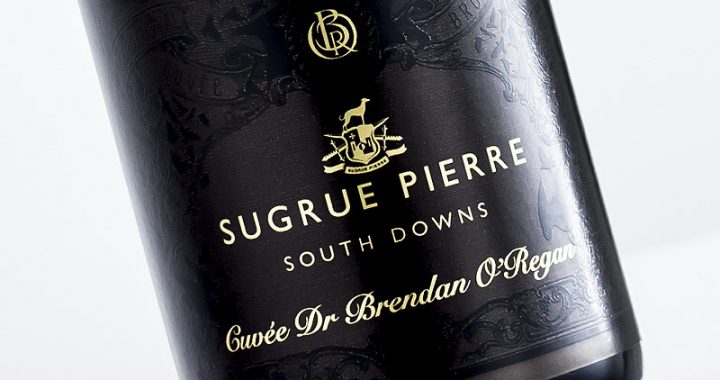 Every so often a wine comes along that is so captivating, so exciting, that it’s very memory is enough to leave you wanting more. In 2012, one of Dermot Sugrue’s late vintages during his stint at Nyetimber, the Classic Cuvée 2003, floored me. It was my first ever taste of English sparkling wine.

Some five years later it was another wine from Dermot that became my most recent English Sparkling epiphany. Could our home-grown sparkling wines now compete with the maturity, finesse and complexity of the very best of Champagne?

My first encounter with this wine, at a trade tasting put on by the recently relaunched Wine Pantry in Borough Market, was unassuming; an unlabelled bottle, decorated with a mere brown card necktie and the words ‘Sugrue Pierre MV’ scrawled upon it. It was, however, a hugely memorable encounter and in fact my favourite wine of the night. Dermot has since gone on to name this wine to commemorate the 100th anniversary of his grand-uncle Dr Brendan O’Regan. A great man who, amongst other achievements, is credited with being instrumental in initiating the global Duty-Free industry.

This is Dermot’s first Multi Vintage release under the Sugrue Pierre label. The resulting wine is composed of 60% Chardonnay and 40% Pinot Noir, predominantly from the 2013 harvest from Mount Harry vineyard, blended with reserve wines from the 2009 vintage.

The nose on the Sugrue MV is as complex, nuanced and diverse as the man behind it. Refined and delicate, but with prominent notes of toasted nuts, sweet fruit pastry and deep bready aromas.

Then there’s the taste sensation: Dermot’s chiselled, bracing acidity ensures direct and pinpoint accuracy that piques the interest of even the most tired palates. A breadth of nutty and yeasty indulgence follows, fused with abundant stone fruit and baked apple flavours. It’s just so well judged that you want to savour every last sip.

This wine is a resounding success, melding the complexity and finesse of the very best Champagne with that unmistakable poise and punch of English acidity.

A real celebration of two great men whose names both grace the label, Cuvée Dr Brendan O’Regan is a bottle of wine so exceptional, it must be tasted to be believed! 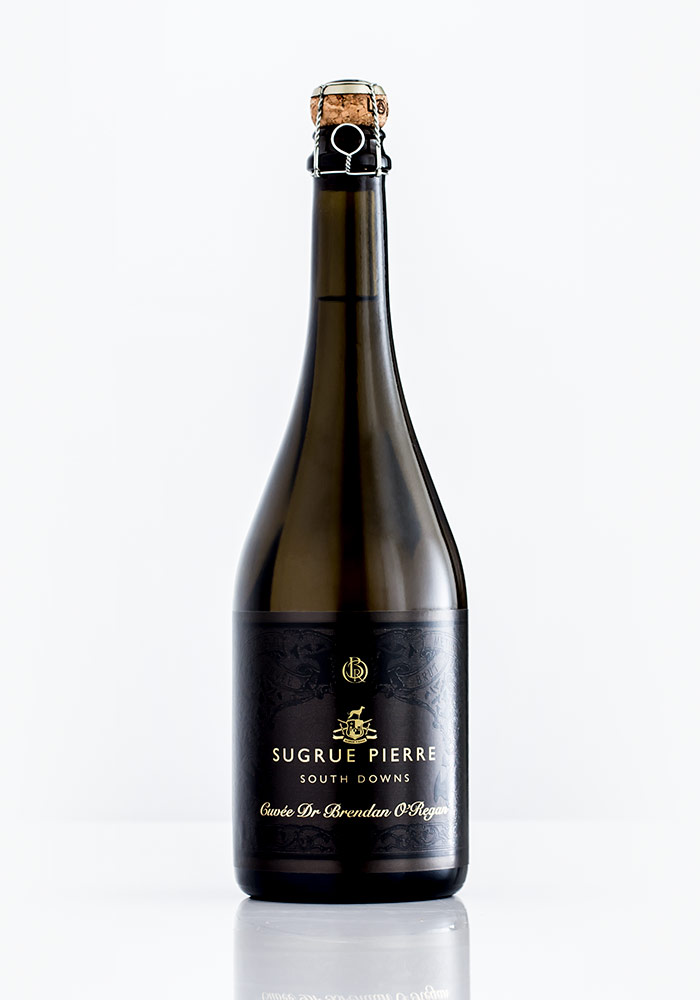 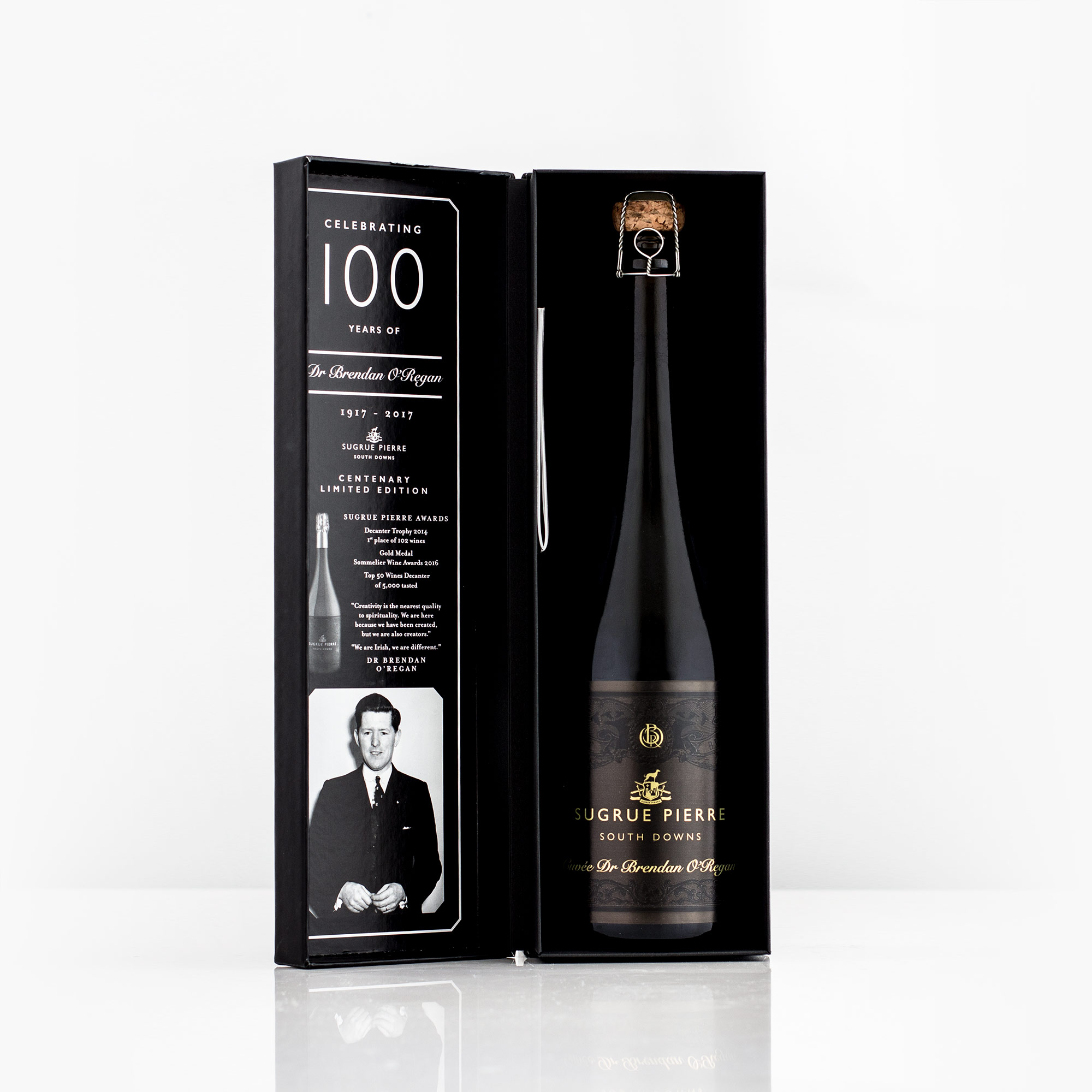